Clara John Soko could have become a teacher anywhere in Tanzania. The shortage of teachers in the East African country is great: As reported in the newspaper “The Citizen” in August 2018, the ratio of teacher to pupils in the local primary schools is 1:51 on average. It was the government’s target to achieve a teacher-pupil ratio of 1:40*. However, Clara John Soko was not tempted to join a school in one of the bigger towns, where she would have probably been received with open arms. Instead 32-old Clare decided after her graduation to go to KIUMA – far remote in the south of the country – about 200 kilometres away from the next “proper” town Songea. In KIUMA, she is working as a teacher for the national language Kiswahili at “Advanced Level”. These are the classes, which prepare young people for their A-Levels.

It was a conscious decision of the young woman to go to Songea. In 2004 and 2005, she was in the first group of children who attended the KIUMA secondary school. She got to know and to appreciate the facility. At the time, her father worked as a mechanic on the site and was able to enrol her in the school. Once she graduated from there, she was able to do her A-Levels at another school and to go to university.

* In comparison: according to the Ministry of School and Further Education (page in german), the ratio at primary schools is 1:17 at schools in North Rhine Westphalia in Germany, 1:10 at secondary schools and 1:12.7 at comprehensive schools. 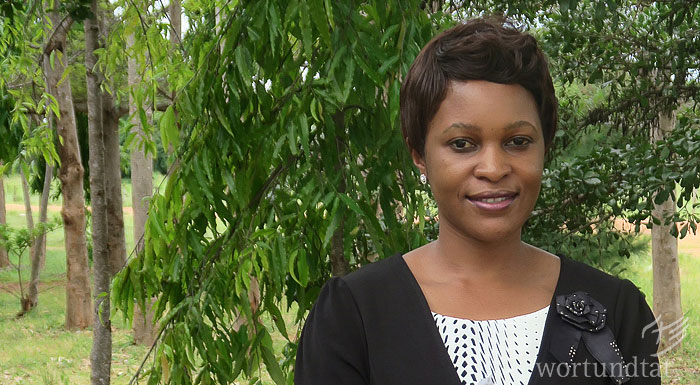 “I’ve experienced it myself:
If you work hard you can be anything you want”

„I want to support KIUMA’s cause“ 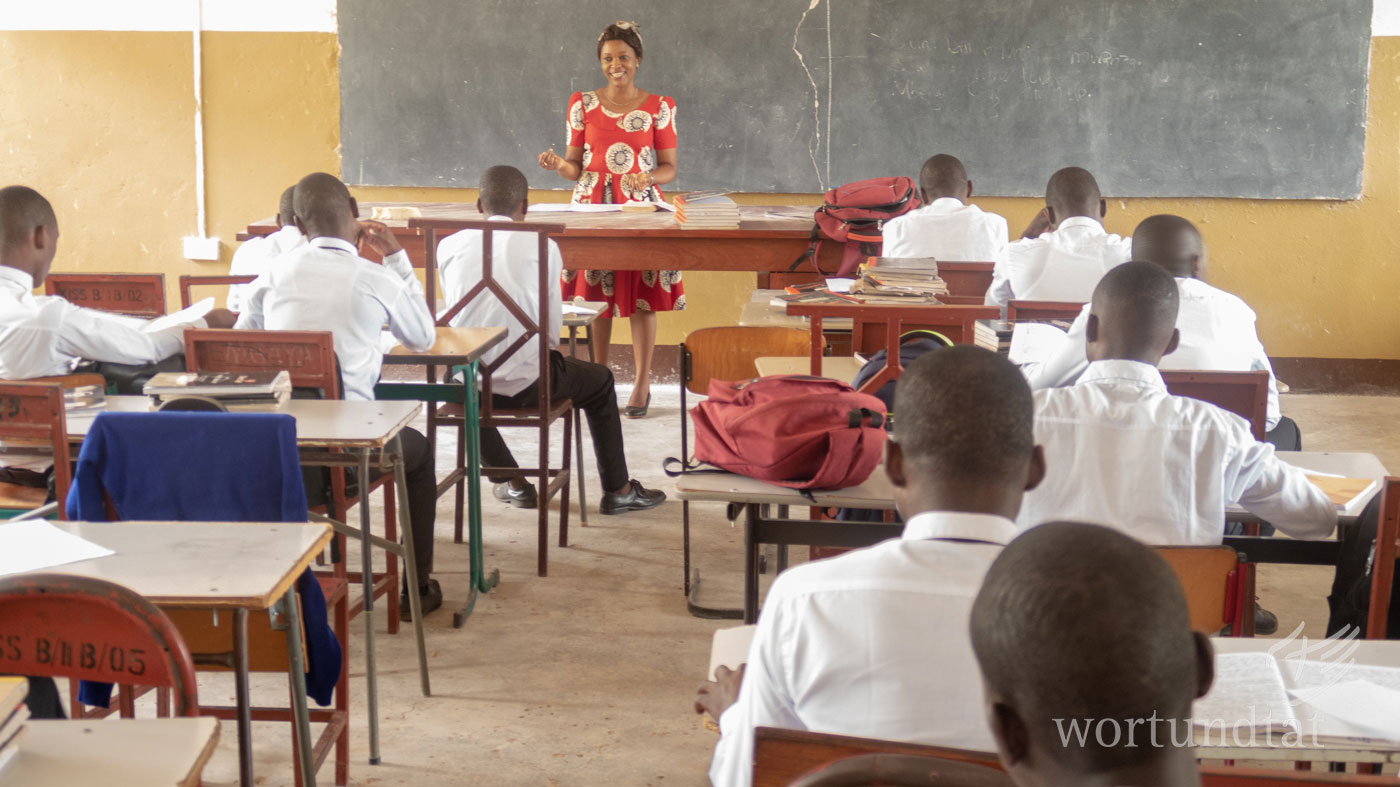 Clara John Soko wants to help the young people from her home region to have a better life.

Commenting on her motivation to return to KIUMA after over ten years, she says: “KIUMA wants to help the people in the region to get a better life. I want to support this cause.” She hopes that people in this part of the country are able to achieve similar living standards as those living in large cities or by the coast.

Apart from that, she wants to show pupils by her own example that one can achieve something even in a remote region such as the Tunduru District. “I have made the experience myself: When you work hard at school you can practically achieve anything you want as an adult and have a good job.” KIUMA would provide this opportunity also for people with a very simple background. The school would enable a good quality education for a comparably small tuition fee.

And – even today, Clara John Soko sees for herself and her eight-year old son the opportunity to achieve a lot. Here son is at a boarding school in Songea even though she is a single parent and does not receive any outside financial support. She funds the education of her little boy with her teacher’s salary alone. She makes ends meet even though it is not easy. She only sees him once a month over the weekend. In the meantime, she misses him. However, at the same time she is hoping that he works hard and that he will use the opportunity he is given by being educated at a good school.