We have been seeing these images for days: Women, children, old people are fleeing from Ukraine – loaded down with a bag, a backpack, a suitcase. They have saved their lives and have no idea when they will see their husbands, fathers, sons again. By day 13 of the war, 2 million people had already left the war-torn country. The people who have fled from Ukraine now need fast, comprehensive support.

With our partners in the Republic of Moldova, Greece and Germany, we are trying to provide help where it is needed most. We are asking for your support so that we can relieve distress and provide care and consolation in the midst of this catastrophe. Because are partners are already on the spot, we can offer fast, targeted aid. Every donation contributes to this!

Please help with your donation!

Ceadîr Lunga, Republic of Moldova: A hot meal before moving on, clean clothing to replace what they have been wearing for days, a packet of nappies for the youngest or a mattress to rest on for a few hours – this is how our partner there looks after the people who arrive in the town, which is just five kilometres from the Ukrainian border. Throughout the day, buses take refugees from the border to the city. From there, they want to move on again quickly, after a short rest – using buses that wortundtat also finances, or on foot.

Bucharest, Romania: Hellenic Ministries, our Greek partner, is experienced in setting up and running transit camps for refugees. After being contacted with a query from Romania, it is now helping to set up a transit camp on a campsite with tents for up to 160 people, around 120 km to the northwest of Bucharest,. Here too, refugee women and children come and go ceaselessly. They are given food, warmth, clothing, peace and quiet, and encouragement.

Athens, Greece: Even in Athens – over 2,000 km from Kiev by car – the first Ukrainian refugees have already arrived. The city, which has been overwhelmed by thousands of refugees from the Near and Middle East for many years, is now facing a new challenge. And here too, our partner Hellenic Ministries helps to accommodate the new arrivals as quickly as possible or to support them in other ways.

Dortmund, Germany: For many years, our partner, the Star in the North, has been collecting aid supplies and forwarding them onwards to south-east Europe. Now the helpers and volunteers there have put together a transport of clothing at short notice, and this is now on the way to Poland to help the refugees arriving there.

As far as possible, our partners buy clothing, food and hygiene articles directly where they are needed. This lowers transport costs, speeds up aid and helps the economy especially in regions such as the Republic of Moldova and Romania, which is not particularly strong itself.

We are all overwhelmed by the wonderful willingness to help shown in Germany. But we at wortundtat also know how difficult is sometimes is to provide the appropriate aid. With a donation to wortundtat, you can be certain that your money will reach people who urgently need support.

Please help with your donation! 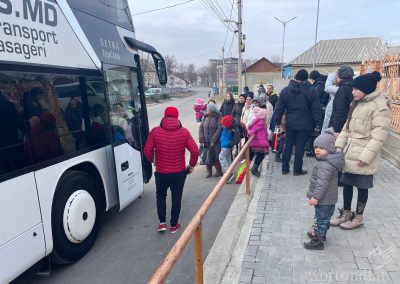 Women, children and older Ukrainians wait in Ceadîr Lunga, Republic of Moldova, to be taken to the Romanian border in one of our buses. 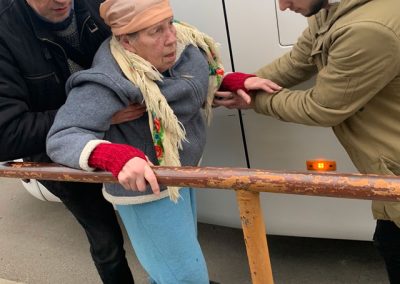 Many refugees need support from our helpers. 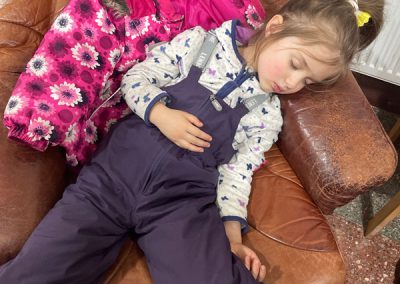 The flight is exhausting for children in particular. 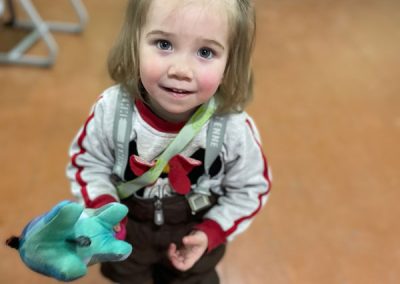 When people meet them with friendliness and they realise that they are safe, the refugees start to relax. 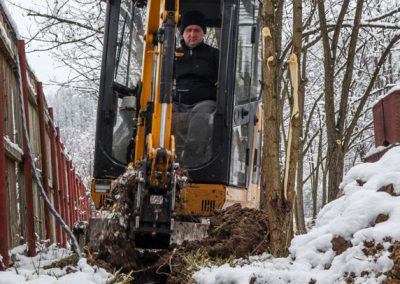 Romania offers a campsite for the temporary accommodation of refugees. Our Greek partner is on hand to advise. 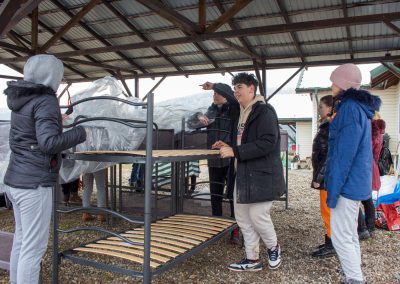 Many volunteer helpers are involved in accommodating refugees in Romania.